At the end of this month, WOOF owner Jacque will make her third trip to Mexico to volunteer with Salyulitanimals. 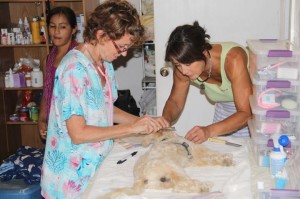 Salyulitanimals is a grassroots organization in Salyulita, Mexico that helps villagers spay and neuter their pets at no cost – among many other amazing humane efforts. Read their full story here.

Because we work with dog-enthusiasts every day (hollah!) we’d like to ask for your help in making Jacque’s trip as impactful as possible for our international canine friends.

Here’s the short version of how you can help:

* Donate money directly to Jacque at WOOF. Here’s what your money will buy:

$1 donation= leash or collar for a dog

* Consider adopting a sweet dog from Mexico & Jacque will fly them here for you (keep reading!) 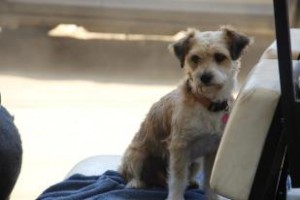 Jacque’s last trip in May was a huge success. In three days of non-stop surgery, she and the small team of volunteers fixed over 200 animals. Read about the May trip here.

Jacque would also like donations to battle a problem that has been prevalent in this region yet has grown even worse. 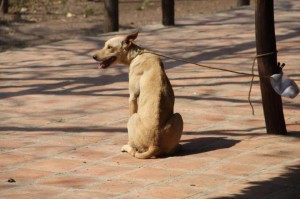 Jacque received word from her Salyulita friends that a new government program regulating human garbage has sadly impacted the street dogs and cats’ access to any scraps of food at all.

She hopes to raise as much money as possible for a trip to the Puerto Vallarta Costco (yes, there are Costcos in Mexico – this one about 45 minutes from Salyulita).

She vows to stock up on as much food as they can carry. 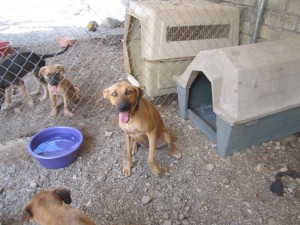 Another major goal is finding some American families to adopt dogs Salyulitanimals’ recently rescued from the streets.

The way it works is simple: Jacque will fly back with the dogs and the new family can pick them up directly from her. All she requests is a $100 donation for each dog to cover the airline ticket. And each adoptee comes already spayed/neutered with a health and rabies certificate.

(Many of you may know Pancho, Jacque’s most recent Mexican transplant – who hangs out at WOOF.)

There are a few Salyulita rescues that really stand out as fantastic adoption candidates.

First is Blackie the poodle: 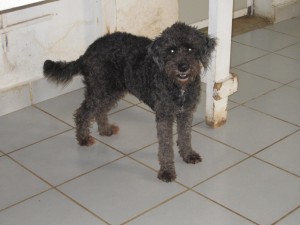 Blackie was found tied up in front of the clinic one morning. She was very skinny and had never been groomed, covered in long dread locks as her poodle coat doesn’t shed (it just grows, grows, grows.) She looked as if she had just delivered a litter of puppies, but they were not located.

The Salyulita team cleaned her up, spayed her and found her to be a lovely girl.

Here’s another view of Blackie:

They guess her age to be about one, her size is “small-medium” (about 25 lbs) and her disposition is loving. In fact, the team is really anxious to find a good home for her because she seems to just plead for companionship. She is also housebroken – a HUGE plus – refusing to even go in Salyulitanimal’s yard.

Then there’s Mama and her five puppies.

Mama is also about one year old, found under a water tower near a dumpster – emaciated and abandoned with (originally) eight newborn pups. Two babies died, one was adopted.

The puppies have been socialized with humans since they were newborns so they are fantastic candidates for family pets. All are spayed/neutered, vaccinated and in good health. (Although we don’t know dad’s breed, you can guess their approximate adult size by looking at Mama.)

Before Jacque boards her plane on Sept. 30, we’d like to:

Gather as many dollar donations as possible.

Jacque loves this organization because she knows each dollar goes directly to the animals’ care.

Okay. We have one week, people. Please let us know if you would like to help.

For more information, contact WOOF , Salyulitanimals or Jacque at woofceo@yahoo.com.