Tis almost Halloween and all month we’ve been trying to get as many pictures of our WOOF dogs in the only costume we had on hand. 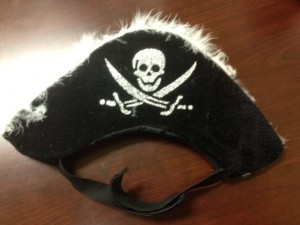 I bought this snazzy number on sale for $5.99 at Petsmart with high hopes. Unfortunately, my dog (Desi the German Shepherd) would not keep it on long enough for a picture.

In fact, every time I photograph her she takes on a withering “woe is me” posture. 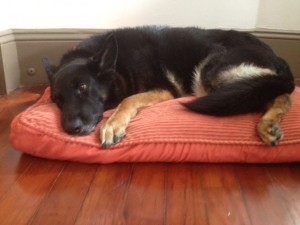 The dog hates having her picture taken. 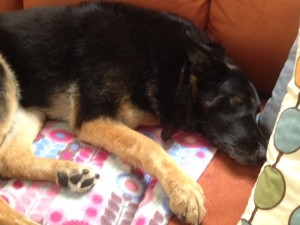 I swear, in real life she is a very happy dog!

Anyway, the hat has been sitting in her basket ever since (mocking me) until I had the brilliant thought:

I work with dozens and dozens of dogs! And it’s almost Halloween!

The rest is Pirate Hat History. 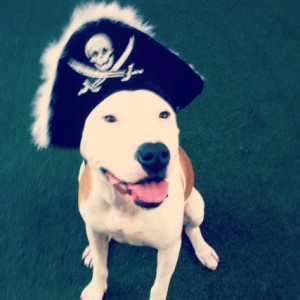 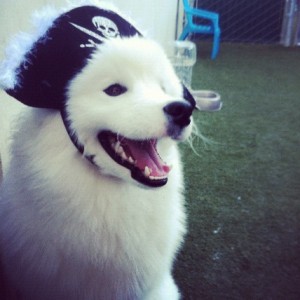 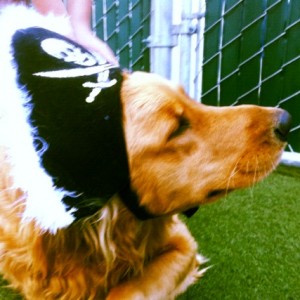 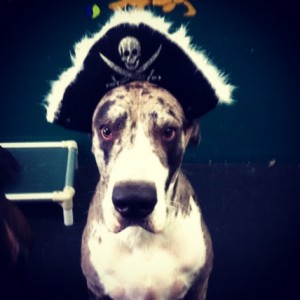 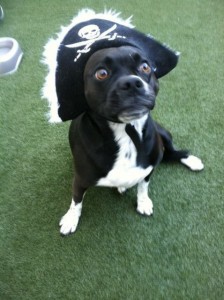 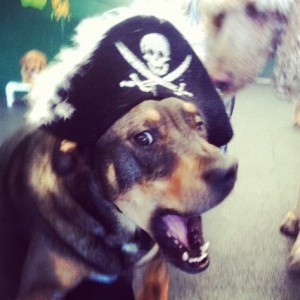 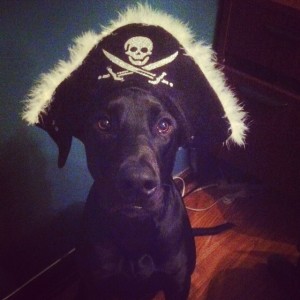 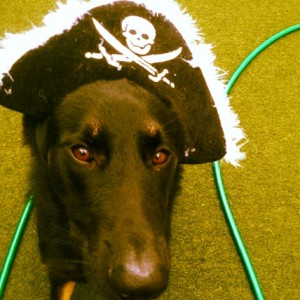 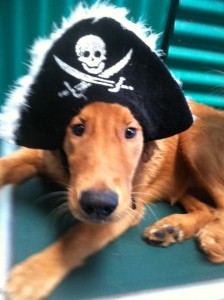 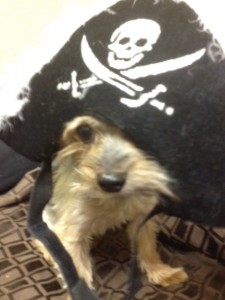 And little Lucy – the most ferocious pirate of them all!

I wish we could have gotten more of your ghoulish darlings in the hat, but alas! There are balls to be chased, water buckets to be splashed and friends to be sniffed.

So you’ll just have to make do with this, at least until next year. 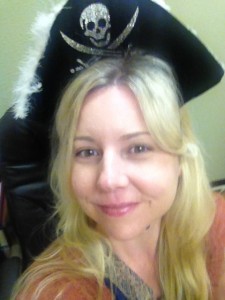 Me, the crazed pirate.