The holidays are coming!

Did you know Halloween is a mere two dozen days away? 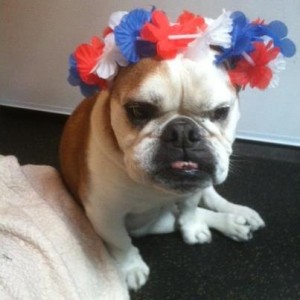 About this time of year, two things cross our minds here at WOOF:

1. Our clients start to book their holiday boarding. (Do it now! We get so busy…)

2. Should we dress up our dogs?

Now, truth be told, not all WOOF employees are dog-dresser-uppers. In fact, most of us don’t even dress ourselves up .

Last year, we had a Halloween event where you were supposed to dress up as your favorite WOOF dog. The results were quite hilarious. 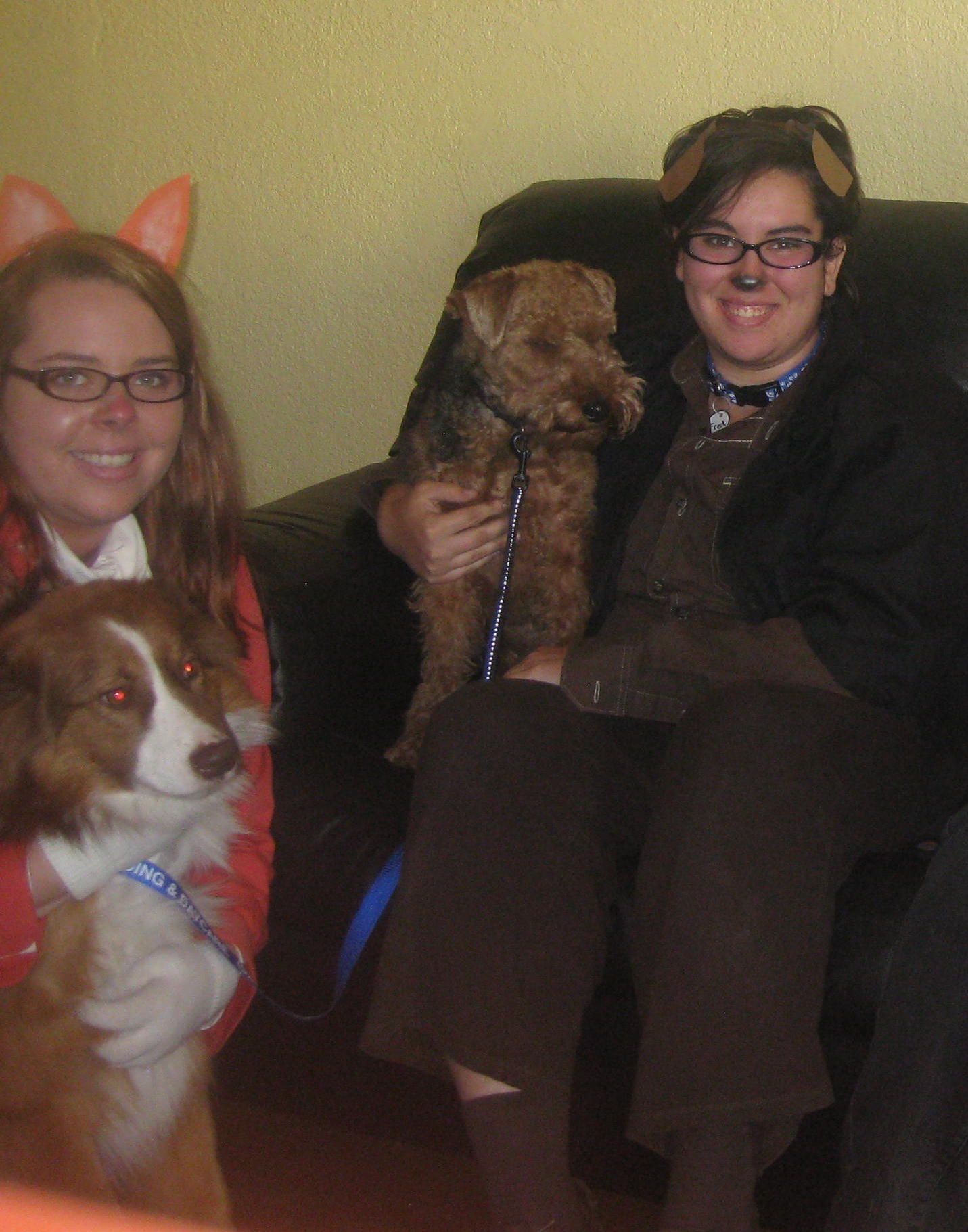 (That’s Jenna as Fiona the Border Collie mix and Nicky as Fred the Welsh Terrier.)

This year the holidays are approaching at such breakneck speed we can’t seem to keep up. We’ve got one pumpkin on the front counter but that took mere minutes of shopping. (And it was done while shopping for a replacement hose, so it’s really not all that impressive.)

So to keep a little of the holiday spirit, we decided to share some of our best Halloween pet costume ideas. 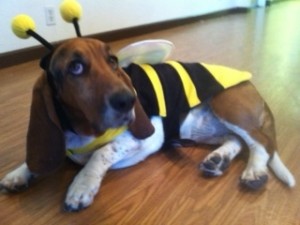 As cute as this is, we might have to admit that it’s POSSIBLE we won’t have the time or funds to actually buy a costume for our dog.

(I bought my German Shepherd a pirate hat once, she HATED IT, and now it sits – dejected – in her toy basket.)

Although stay tuned for my new WOOF Facebook Feature:

TODAY: YOUR DOG IS A PIRATE!

A more realistic scenario is: it’s Halloween, you are suddenly inspired to take a photo of your adorable dog and you need to make something quick.

Luckily, Coco was a willing model for my experimentation. 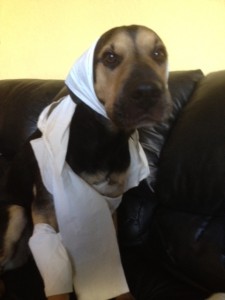 I realize the costume isn’t complete, but I didn’t think Jacque would want me to waste toilet paper. But you get the idea. 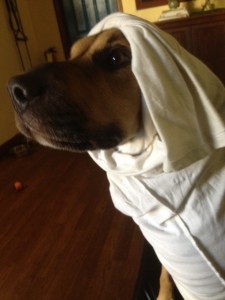 (I know this somewhat resembles the mummy, however I think Coco is pulling it off with fierce ghost attitude.)

And finally (mostly because there are only so many Halloween materials around WOOF and so much time to squeeze in this sort of silliness): 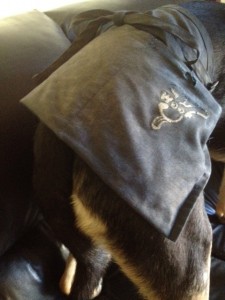 Ha! This is my personal favorite. In fact, I suggest anyone with a uniform just use it for their dog’s costume.

I see a lot of doggie dentists and doggie police officers in our future!