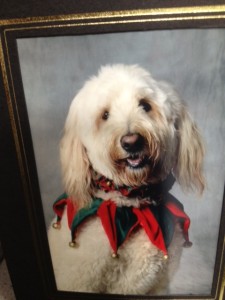 We did something totally sneaky! 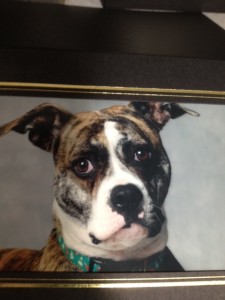 Don’t tell anybody, but… 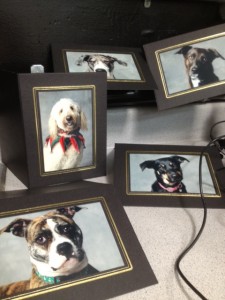 One day we rounded up the dogs and took professional photos of them to give to our WOOF moms and dads!

It was all owner Jacque’s idea. Just look at her scheming with Pet Photographer/Friend of WOOF Tonya Perme. 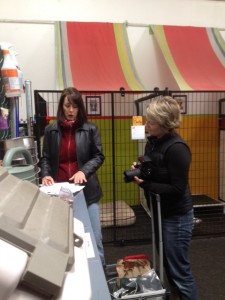 Denali says, “You are up to something, ladies!” 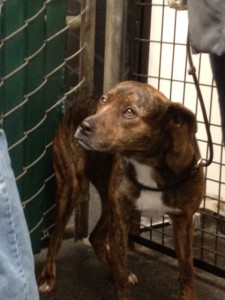 She checked it once…

She checked it twice… 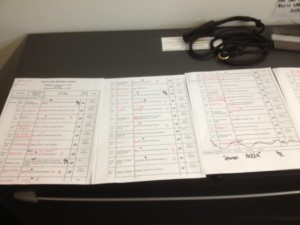 Truth be told, they were all a LITTLE naughty but overall nice.

Jacque and Tonya quietly set up the boarding building with Tonya’s fabulous “photography studio to go”. (And she can do the same for you in your garage or large room – e-mail her at petrates@tonyaperme.com for more info…) 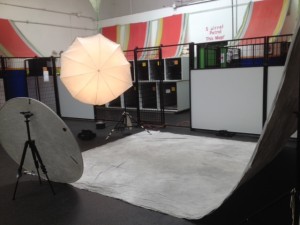 The dogs came over over, one by one.

Boarding guest Buffy was like, “hey – what is going on out there?” 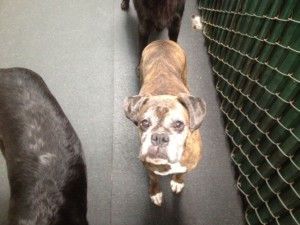 We set up the big light to capture their beautiful, furry features. 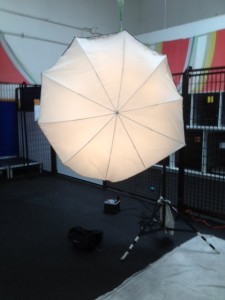 We enticed sweet little Whitney to be a brave girl and step in for her close up. She had to take her jacket off first. 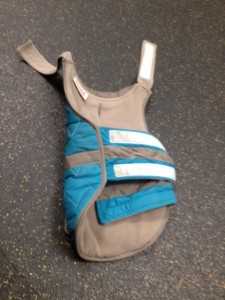 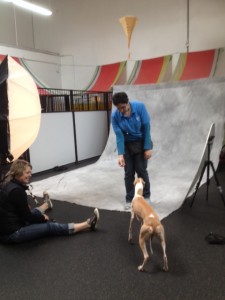 Dog handler Nicky played assistant, and got Whitney into position on the backdrop. 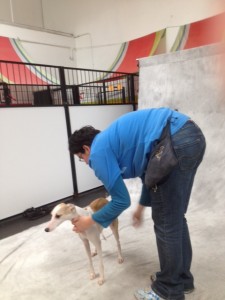 Whitney was shy but Tonya found just the right moment and …. 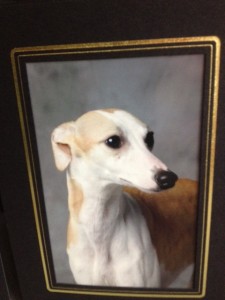 A little bit of magic happened.

Tonya’s such a great pet photographer. One of her secrets is taking a WHOLE BUNCH OF PICTURES so that she can find just the right one. The other is making the most realistic cat sounds when necessary.

She said she will do anything – including making a complete fool of herself, to get the shot. 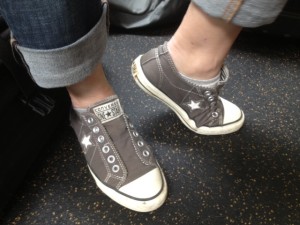 She really gets down on her subject’s level. 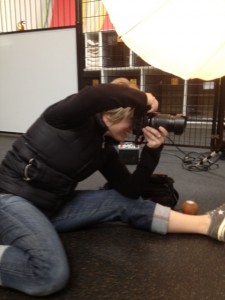 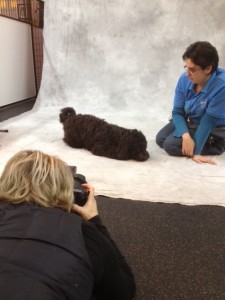 You can’t hear it, but she’s making the cat sound for Oliver.

Jacque made sure our models were photo-ready. 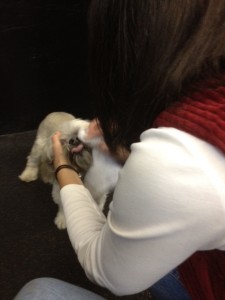 Baxter didn’t say thank you, but we know he meant it!

All in all, almost 50 dogs were photographed in one day. 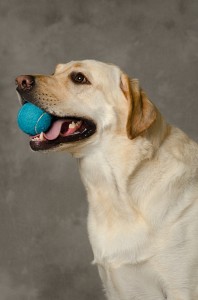 Evan insisted on a prop. 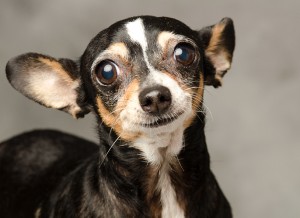 Olive is always ready to be adored. 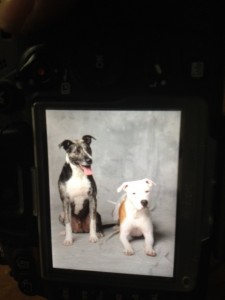 Even Abby and Rex quieted down to capture this sweet moment.

We can’t wait to give these out to all the moms and dads! In fact, as I’m writing this post I have to WAIT to publish it so as not to ruin the surprise.

Just look at them. Barely containing themselves. 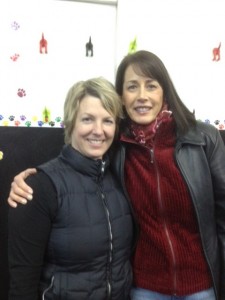 Happy, happy holidays from our family (human and canine) to yours. 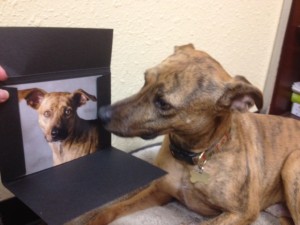