We take care of all kinds at WOOF – the young, the not-so-young, the big, the little…

But one special guest really stood out for me today. 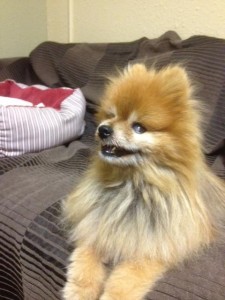 Boomer is a 17 year old Pomeranian. He’s getting up there in years (the longest living Pom is rumored to have been 25 – so Boomer keep on going!) and consequently he has lost most of his vision and hearing.

He gets along pretty well though. We noticed he likes to hang out in Jacque’s office, on the couch.

And since I was working a lot in the office today, Boomer and I were kind of hang-out buddies. 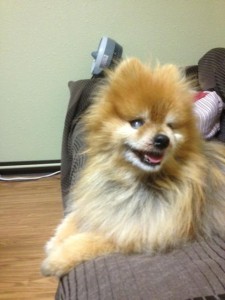 After a nice long snooze, Boomer got a little restless. He wanted to be lifted OFF THE COUCH and do a little EXPLORING.

(Now, as you can imagine, this can be a little frustrating when you can’t see or hear.)

So I leashed him up and guided him slowly outside, thinking maybe he’d like to take a potty break.

But after wandering aimlessly (I more than him…) I finally knelt down, held him to me so he felt secure (he knew where I was and that someone had him) and we just… 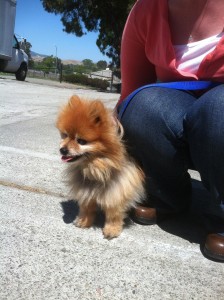 I noticed that his heart rate slowed down. He lifted his face to the sun. 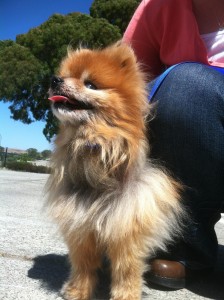 He sniffed all those smells in the breeze that only dogs know about. 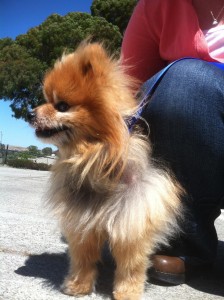 I tried to imagine what it was like for Boomer, not being able to see or hear anything. All he knows about the outside world is what he can feel and smell.

So that’s what we did: a lot of feeling and smelling! 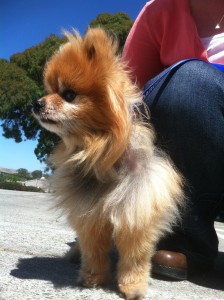 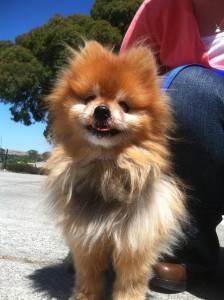 Just Boomer and I on a bliss-out break. 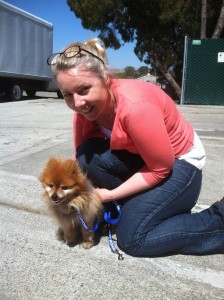 It was unexpectedly awesome – again, probably more for me than for him.

So thank you Boomer Roland for helping me see things in a new way.

(And this is why I’ll say for the millionth time, LISTEN TO YOUR DOG – THEY KNOW WHAT THEY’RE DOING.)