Each WOOF client has been through what we call the “doggie interview“. 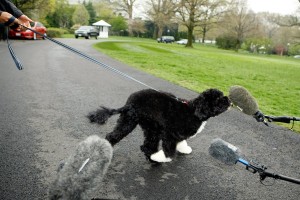 You found us, came in for the first time, got the tour, and dropped your dog off.

Luckily, we both had the same goal: that you could go about your day resting easy and your dog would love being at WOOF! That while you work or vacation, he or she would have a safe, rewarding experience playing with other dogs.

We know it was hard – essentially leaving your baby with strangers. Walking out that door can be scary. We know how much trust that takes.

And we work very hard to keep it! 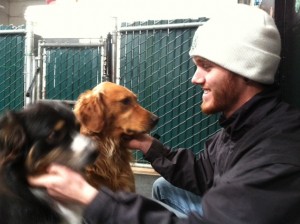 Although we have viewing windows, and we try to keep you in the loop of how your dog does, we realize that nothing can replace seeing things for yourself.

So in order to give you the full picture we thought we’d share some real pictures from a recent REAL LIFE DOGGIE INTERVIEW at WOOF. 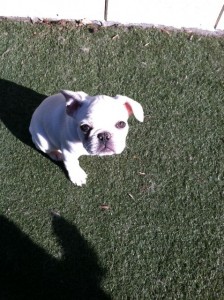 Rocky is a French Bulldog puppy. 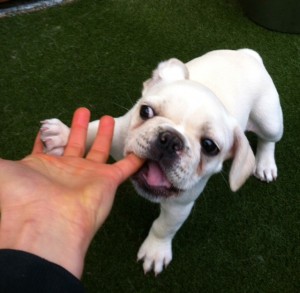 He is seriously little and came onto this earth a mere few months ago. As a puppy, he has no idea how to politely interact with the other dogs. Puppies charge, mouth and wrestle first – and ask questions later.

So keeping him safe – but letting him learn, make friends and have fun – was (and always is) our mission. 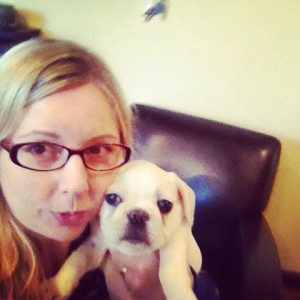 Safely introducing Rocky into group was relatively easy – with a few precautions we have perfected over the years. The first thing we do is let the dogs smell him through the chute. Nor surprisingly, Rocky had no fear and was ready to go.

Everyone else was excited to meet him too. 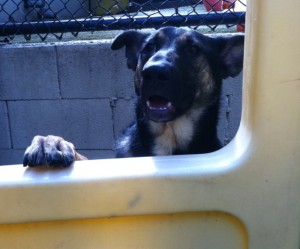 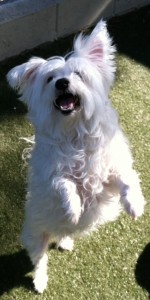 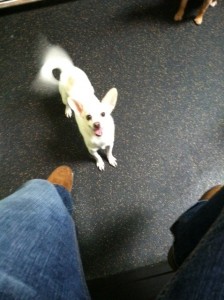 To protect Rocky from his own devil-may-care puppy-tude, we thinned out the group so he could check out the surroundings without being bombarded by dogs (or bombarding dogs, as puppies are known to do!) 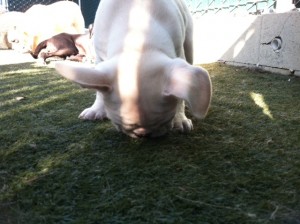 He smelled the K9 Grass. So many smells to smell.

We showed him where to get a drink. So much water to drink.

We supervised the introductions. So many dogs to meet. 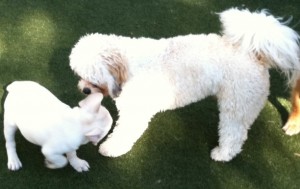 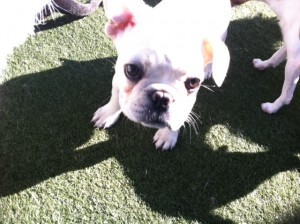 He had fun! He was safe! We tired him out! Mission accomplished!

Needless to say, Rocky passed his doggie interview. He continues to be a spirited member of Little Dog Playland and the socialization he’s receiving now will prepare him for many years of being a well-adjusted member of the canine community at large.

Bigger dog running at me? No problem.

Little dog pinning me down and smelling my butt? Okay.

So hey WOOF doggies, young and old: wherever you go, know that we are always behind you. 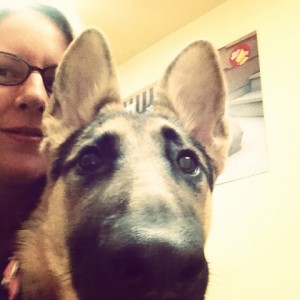